THE ICONIC HOUSE OF
SAINT LAURENT 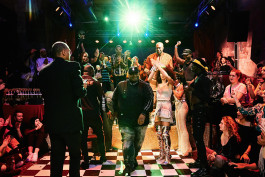 This year's Give me Life Festival pays special tribute to Iconic Vjuan Allure Saint Laurent, who passed away in 2021. He established the connection to the Iconic House of Saint Laurent in 2019, and is one of the most important mentors for the House and Ballroom worldwide.

The Festival Highlight is the two day take Over of the Volksbühne with the Vjuan Allure Celebration on the 7th October and the „ Icons Galore Ball“ on the 8h of October on the Major Stage.

An evening celebrating the life of Iconic Godfather Vjuan Allure Saint Laurent, who passed away in March 2021. As one of the most important people in Ballroom worldwide and also specifically in Germany, his extensive involvement leaves a great legacy, especially in our collective.

Musically, he shaped the Ballroom scene and is an inspiration for many musicians and producers worldwide. Which makes the occasion special, as this will be the first international event in memory of this Icon after Pandemic. Even after his lifetime, Vjuan Allure remains an innovator and essential part of the Music in Ballroom and for the Ballroom community.The event will consist of a panel discussion, a party with various DJs.

In 2019, Sophie Yukiko followed the footsteps of her Ballroom Mother and Voguing Trailblazer Georgina Leo Saint Laurent by creating an event that celebrated Voguing and Ballroom Culture to make space for the international community to come together for a competition that honored the heritage of the culture, by creating a judge panel that consisted only of Icons – people of Ballroom culture that got deemed by the leaders of their culture into Iconic Status, for their years of consistent breathtaking performances.

After two years of a global pandemic, Sophie Yukiko and Steph Barreto bring back the Icons Galore Ball, aiming to make sure that events that celebrate Ballroom culture, also are curated by Black and Brown queer bodies. Their goal is to bring nine Icons from NYC to Berlin, and have the best of the best performers of Europe vogue the house down and battle each other for trophies and recognition. The themes of the categories, are inspired by Iconic BIPOC and Trans Performers of the arts in history

This Ball is a celebration of Queer and BIPOC Icons as well as a celebration of the 40th Anniversary of the House of Saint Laurent as well as the 10th anniversary of the European Chapter formerly known as The House of Melody. The Ball takes place during Give me Life Festival, which celebrates the Life and Legacy of VJUAN Allure Saint Laurent, a cultural Icon who shaped and created the musical landscape of this culture.

The events created by the House of Saint Laurent throughout the Years, are the first and only events that were created by Black Fem* and afab bodies in Germany. 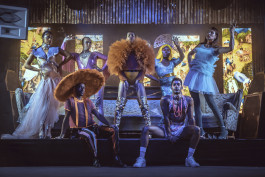 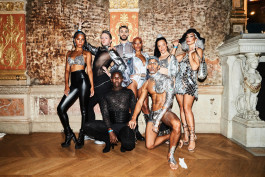 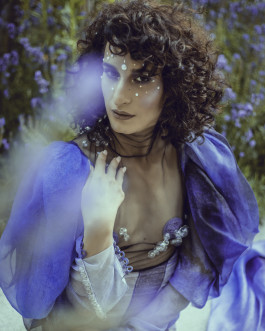 Through steady presence and local community building, the House has established itself as a leading force for Ballroom culture and Voguing in Berlin and Germany through the past years. The House is often invited as a guest lecturer or guest organizer to curate cultural events as well as performances involving Ballroom or Voguing. References include the Bode Museum Berlin, Schloß Solitude Stuttgart, Deutsche Hygiene Museum Dresden, HAU, Schauspielhaus Düsseldorf, Tanzhaus NRW and Radialsystem Berlin. 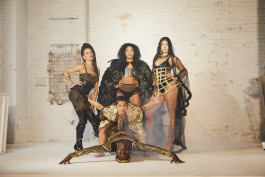 Likewise, the House carries its message to the outside world with widespread interest in the press and media, including VOGUE Germany, Monopol Magazine, FAQ Frankfurt Quarterly, Zeit Online, and Nylon Magazine.